and the Hybrid Team System

We Are a Legal Outside the Box System!  We Help You!

Are You Broke?  Keep Reading!

The Amazing Power of 12

Hi, Greg Nichols here.  That is me pictured above. You are reading my 12th Power website. I am an Internet marketer and web entrepreneur just like you and I would like to share with you a simple system that can help you retire in 1-2 years. I am also an ordained minister and I have been marketing online since the 1990's.  If you have had trouble referring, and have always gravitated to passive projects because of that, or, if you are a top referrer, I have a system that anyone can use to make serious money, if, you can copy and paste and follow a few instructions.  It does not matter if you have money or don't have money, (it is easier if you do) you still need to see what I am doing and pay close attention, even if you are broke.

So what about The 12th Power?

Ever notice in nature how God has harnessed multiplication and exponential increase?  In all of his creatures and in plant life, you can see Him taking something and using a duplication principle to create many.  Consider the kernel of corn, and what it grows to.  Someone said there are 843 kernels on a cob, and I am not sure how many cobs are on a stalk. (Who counts this stuff anyway?) Consider yourself that lone kernel of corn that grows all of that duplication in your business.  It would be people numbered in the thousands.

The subject of our team system is the number 12, and even God seemed to like the number 12.  He picked 12 men (the disciples) and literally changed the world with 12, and He had done it before. In the Old Testament, it is shown how Israel was originated from 12 tribes who came from 12 men.  Later, when there were 12 disciples, when one was lost, (Judas) God would not begin the Master's marketing project until they replaced the 12th person. God likes this number 12, no doubt because it multiplies out to so many so fast, in an exponential manner, and it is inherently strong.  If one person puts a thousand to flight, and two put ten thousand to flight, what could 12 do?  (part of that question is from the Bible by the way) We can count what the 12th Power as a number is, but if we got a fraction of it, in people, or in dollars, we would be filthy rich. But we are not a kernel of corn, we are people looking for people.  People have a way of multiplying themselves once you give them a good start and you use a strong original template. Then you get this picture below, a very large following of people. The 12th Power is a team system with a unique strategy based on The 12th Power and the mentoring of Greg Nichols, myself. I wrote this in the past and have waited to implement it for many years. You are seeing it come forth in proximity to my retirement.  When is your retirement?  If you are not up in years, what do you do now that you wish you could retire from?

Review:  It is about your template.

We have the template, and it is free!

The Phenomenal Power of 12 to the 12th Power!

What else is going on?

What if you could get $1 monthly for everyone down the line in your project in a multiple of 12, or 12 exponentially, 12 to the 12th power? That is $9 trillion monthly. Right now I am sharing only on the theory of the 12th Power, and I am not making wild income claims.  I have a copyrighted concept, a blueprint, a system and a plug in method called, The 12th Power.  If you cannot think outside the box, then do not read any further. But if you can envision what I share, you can do it and it can be your template too when you plug in and join us.

If you considered or are doing MLM, here are a few questions:

How much is paid to you from the downline each month, per person, is it more than $1, or even just $1?

If people have not been buying your existing MLM, or beating down your door for it, will they move ahead on an original concept like The 12th Power, giving you an opening to win them?

Could you invite the people you meet in the 12th Power to do other things with you?

What if long term wealthy income and current lead generation can both be realized? 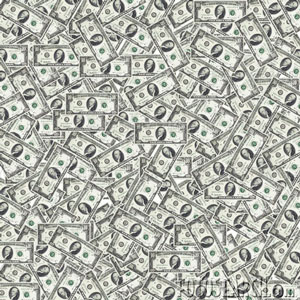 The fact that Traffic Wave is our vehicle and that it is a 3 x 10 forced matrix only heightens the effects of our 12th Power Hybrid Team System.  The 12th Power will work with a uni-level or a forced matrix, but the limit per level of a forced matrix creates much quicker depth and growth for everyone by spillover. Why do we call it a "hybrid?" Because unlike other team builds, we empower the whole group with smaller teams and techniques that make many smaller team builds within the larger one.  Each of those smaller teams will be working off the same template. With Traffic Wave, you have a potential of a full matrix of 88,572 people each paying you approximately $1 each month.  Do a fraction of this, and still be greatly blessed.

The 12th Power:  You will be a strong referrer because The 12th Power will help you to be one.  But wait.  All your front-line people will be strong too. Why?  Because they use The 12th Power.  Then, that means all of those people's front-lines will be strong referrers too which are your 2nd level.  Why?  Because they used The 12th Power also. See the bigger picture? If you are insecure about your past ability to refer or market, that will be lost and hidden in among all the people above and below you, and we mentor you detail by detail to succeed. You are lighting a fuse today to something very explosive and your willingness to plug into the team is the match you light. The explosion has nothing but money for you!  But remember our example of earning $1 per person monthly? We have a project that will pay you that monthly per person, in fact, they will "potentially" pay you over $88,000 of them monthly.  Our example above is $1 per person and that number using the 12th Power is off the charts. Our chosen matrix and firm pays $1 for every marketer on levels 2 to 10 who is actively marketing below you once you hit a certain level of personally referred people.

How to use this idea and system is what we will mentor you in. Plus, we are team building. It goes something like this: You join our matrix, and we help you set up 3 under you. This becomes your core team of 4 people with you in the top position. You work with us and your core team of you and 3 to bring in 3 people for each of them.  That builds your 2nd level, or 9 more people.  Now you have 12 people. We expect this to happen in 3-4 weeks and that is the 1st goal.

The 2nd goal is you obtaining 27 3rd level people in 4 more weeks through your team effort. You have 12 people working to get 27 more. That is done by 8 weeks from the start. This is a goal. 12 people and 27 people is 39 total people in 8 weeks.  Remember, all your upline and your downline are all working on the same goals for themselves and for you.  No one needs to be left behind.

(Lesson 3 is begun here but finished and received after joining)

This process keeps building until you have a core of 39 people, who are all quickly building you 81 more 4th level people. The 81 person goal is set to hit in 4 more weeks. That is 12 weeks from the start. You will have money coming monthly from each of the 81 plus the other 39 above which is 120 people.

See another 8 minute video on Traffic Wave here.  (Called, The Power of One, opens in new window)

Did we mention yet that you get your money back at TW with your first referral, $17.95?  That is how much it takes to begin and how much you get with the first referral as a continuous fast start bonus for each referral forever.  But, once you have 3 on your front-line, you get $6 from each of the 3 monthly, or $18 a month, which permanently pays your $17.95 per month product fee. From then on, you get a smaller amount from the lower levels, but a little bit from a lot of people can be huge income.

(No promises or guarantees of income are being made in any way by The 12th Power, and its Admin.  Other factors such as being able to work with a team, a good attitude, stick-to-it-ive-ness, vision, ability to follow instructions, some marketing and technical ability, ability to learn, and friendliness and generosity will add great rewards here.)

Our build will span several countries and continents. Whether you can refer or not is of no consequence. I want you on board. In a team, you can help and build and learn too. Our template is well oiled and put together. Anyone can do it.  It has a built in fail-safe so downlines have actions they can take to imitate Admin and not be 100% dependent on Admin. That is what makes this hybrid.  Did I mention that out of 3 or 4 auto-responder services I have used, Traffic Wave's auto-responder products work the best and have the best technology of any that I have encountered.

3)  (Optional) At the very start, invite anyone you know to bless them, onto your frontline, so they can begin with you at the top of your team of 12. Just give them your link.  See Technique #1 on our inner Lessons once you pay.

4)  Get your nickname to us at Admin, mfnnetwork@gmail.com to be in the rotation.

5)  Ask team questions of us, and direct billing and technical or Traffic Wave questions to them.  Be nice to TW, let's have a good reputation with TW from our team.

6)  Read the TW site back office and watch videos, etc, and know your product.

7)  Do not make insane promises or do irresponsible ads in the name of The 12th Power or TW.  Never spam or use purchased email addresses.  I approve of and use well run safelists.

How to start:  Today, after reading this, go to the link below and join now for only $17.95. (Click link below)  Lessons 3 to 12 will be shared on the other side of the join, and you can see more goals and demarcations, as well as how to proceed with us at The 12th Power. Once you join Traffic Wave below, email me at mfnnetwork@gmail.com and get us your ID nickname or URL and we will send you the next completed lessons and get your ID into the rotations by Admin.    Greg Nichols, Admin

Go to the TW site now and join by choosing "Register" in upper right hand corner.

Register here and start in our rotation!